From Building to Management: New Models in Post-Construction-Phase Collaboration

IMCO's Operations and Maintenance Contract at Holden Mine 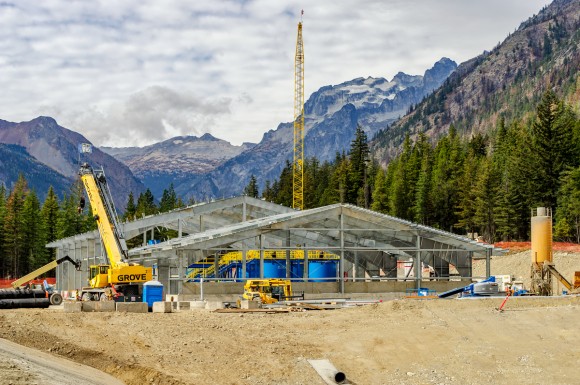 IMCO General Construction didn’t start out with the intention of disrupting or upending the constructor-owner relationship. But the company, headquartered in Ferndale, Washington, has been exploring a new way to work with owners that promises great mutual benefits—call it a “post-construction-phase” alliance.

In this new model, IMCO has secured an operations and maintenance (O&M) contract that leverages the design work and expertise developed while building the facility into a stable, long-term opportunity. In turn, owners get superb management of their newly constructed facilities.

About two-thirds of the way into a major IMCO project—the construction of a remote mine water–treatment plant—the collaboration began to shift. The project was part of remediation efforts at an abandoned copper mine in remote north-central Washington, near Lake Chelan. “The owner approached us about operating the treatment plant,” says IMCO Senior Project Manager Fred Simmons. “We’d gained their confidence during their long selection process, and especially with our performance during construction.”

IMCO was ready for an opportunity like this. “We’ve been building these facilities for over 30 years, and have trained operating staff on numerous occasions,” Simmons says. “So, operating and maintaining a treatment plant was a logical step for us, and an opportunity we’ve been looking for. It all came together on this project.”

The water-treatment plant is at a remote site, about a day’s travel from the nearest metro area, including a ferry boat trip. To operate the treatment plant, IMCO hired full-time staff members working in rotation to operate the plant 24 hours per day, 365 days per year. While on-site, the new IMCO employees live in a lodge built by IMCO, and are supported by a full-time medic and cooking staff.

The operations staff were hired and brought on-site before the treatment plan was commissioned, and gradually took over as major construction was completed. “It’s going very well,” Simmons says. “The people we’ve hired are some of the best, and they’re making a success of this.”

But he’s also quick to point out that success at this level is neither easy nor assured. Simmons feels many factors came together to make this O&M contract viable for both IMCO and the facility owners. 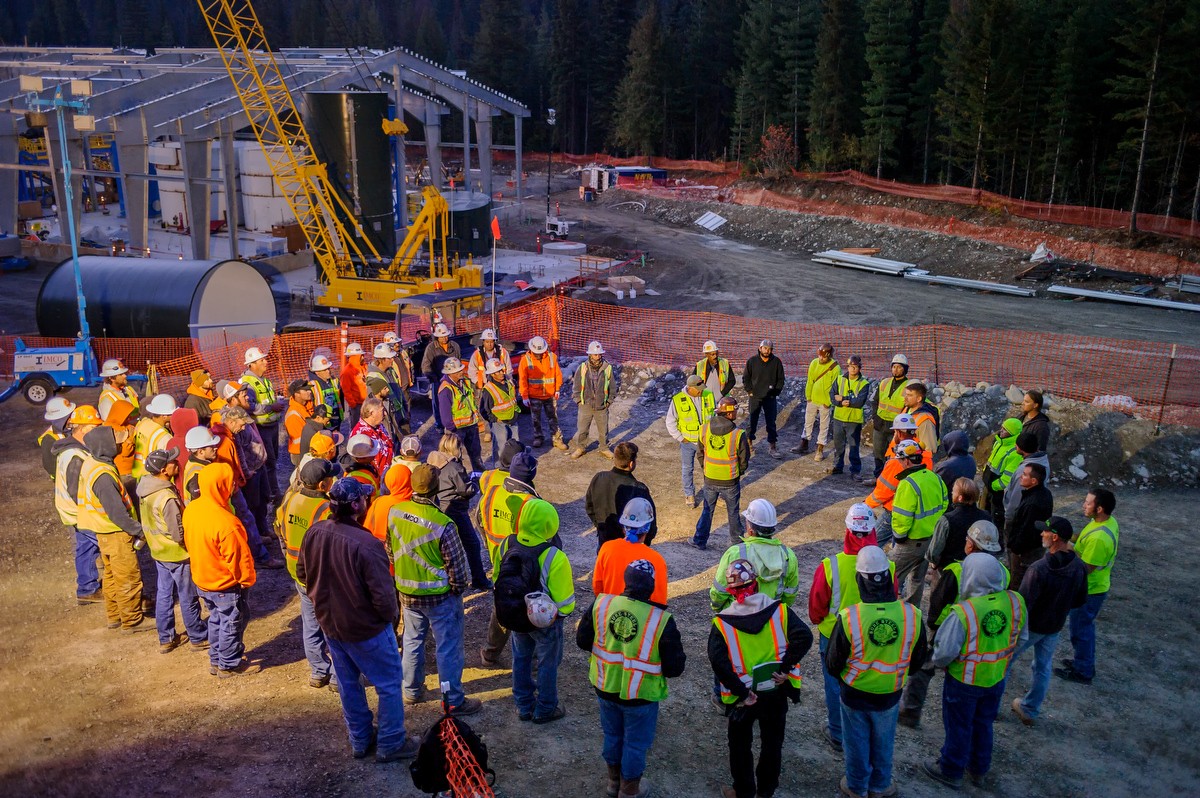 Success Through Integrated Vision and Hiring
“The treatment plant staff are not a ‘division’ of IMCO, they are IMCO,” Simmons says. “All the paychecks are from IMCO, and these employees receive the same support and resources as our employees across the board. Even though their roles are unique, we want total integration into our family-owned company.”

Alongside successful contractor integration, there are no divisions within IMCO about the company’s new direction. “I would say that support for this contract within the company is universal,” says Simmons. “This was evident to the treatment plant owners, and it was a factor in their decision.”

Simmons emphasizes the importance of good people. “These are all specialty individuals, with extensive experience in treatment and industrial facilities, sought out specifically for this contract,” he says.

To hire good people, you need good people. IMCO’s hiring process took several months, and was not contracted out to headhunters. Rather, the company depended on current employees who had developed good contacts, and on one former employee in particular.

“When I heard an employee of ours, who had left to become a construction manager elsewhere, was looking to make a change, I was quick to contact him,” Simmons says. “That helped everything to fall into place. With his known experience, we had a place to start and quickly hired a number of additional qualified staff.”

Just hiring wasn’t enough, of course. IMCO made a point of thoroughly onboarding and training new hires; a process that included several working months on-site, before the plant was operational.

Know the Owner, Know the Project
Due to the long and thorough selection process, the owners and IMCO knew each other well before ground was broken. And as the actual construction proceeded, real trust was established. This was partly due to the extensive use of BIM.

“Pictures speak a thousand words, and modeling proved to be a very good tool on this project,” Simmons says. “We were able to put models in front of the owners, show them clashes, and work with them proactively to resolve problems. And we updated models based on as-built laser scanning during construction. That enabled very fast-track construction—we reduced an 18-month timeline to just eight months. That developed confidence that we were a good choice to operate what we were building.”

Future O&M Contracts?
Building and operating the mine water–treatment plant provided a virtuous circle of feedback that made for a better project overall. Changes were made during final construction stages in response to observations made by newly hired operating staff, and after the plant was commissioned, the contracting-savvy staff suggested additional modifications for more effective operations.

With all the experience it’s gained, will IMCO be pursuing more O&M contracts like this? “Now that we have the background and resume, we’ll definitely seek out more contracts like this,” Simmons says. “Especially in mine water–treatment facilities, and in remote locations like this one. We don’t think we’re automatically the best choice for any treatment plant. It all depends on the particular project and owner, and how well our experience lines up with their needs.”

And of course, it depends above all on having, and finding, the right people.

Link to the article here.