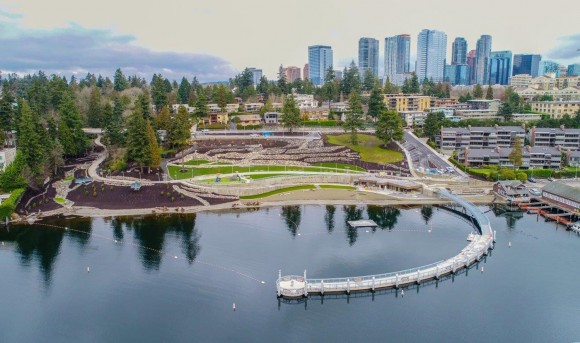 "The city of Bellevue will hold a grand opening for an expansion and revamp of what is now called Meydenbauer Bay Park from 11 a.m. to 2 p.m. March 16 at 9899 Lake Washington Blvd. N.E.

The $19 million project relocated and expanded the swimming beach at what formerly was Meydenbauer Beach Park, built a new beach house with restrooms, changing areas and showers, remodeled the historic Whaling Building, and added a curving 420-foot-long pedestrian pier.